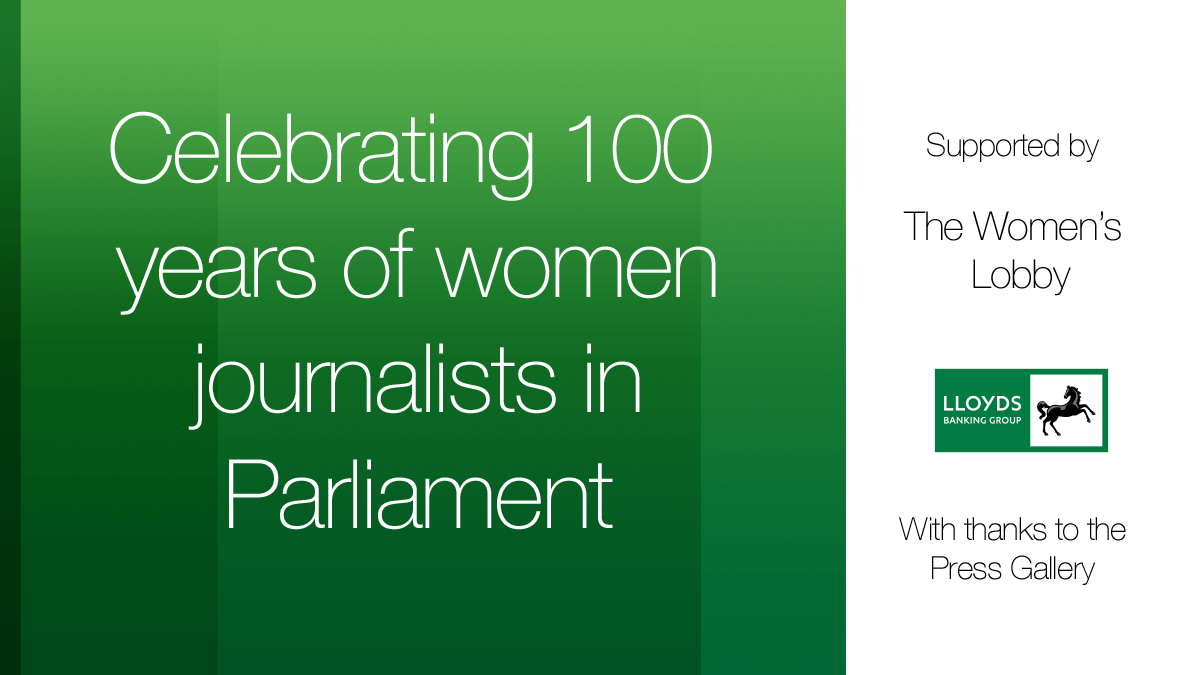 In 1919, Nancy Astor became the first female MP to take her seat in the House of Commons. Watching from high up in the parliamentary press gallery were two lesser known figures: Marguerite Cody and Miss E Cohn. They were the first women journalists in the lobby, whose history is now being told thanks to the research of Guardian political correspondent Kate Proctor.

To mark the centenary of women journalists in Parliament, iNHouse Communications worked with theWomen’s Lobby and Kate to create a celebratory event telling the story of these ‘Invaders’, as contemporary press reports referred to them.

The event , held in the House of Commons in February, was attended by more than 150 people, including Ministers, MPs and peers from across the political divide, as well as current and alumni members of the lobby. Speeches were given by the chair of the women and equalities committee, Caroline Nokes MP, Jess Phillips MP and the event sponsors, Lloyds Banking Group. A commemorative plaque was presented to be hung in the Press Gallery and guests were able to take away a commemorative mug – dozens of which now adorn MPs’ and journalists’ offices.

The event was also trending on social media – with over 100 mentions of the #WomensLobby hashtag on Twitter, and a reach of over 1.5 million.

iNHouse Communications are proud to support the Women’s Lobby and show off the fantastic work of women in British politics and journalism. The success of the event – as well as our other initiatives like the Parliamentary Women’s Football Club – shows that men and women from across politics and the media are hungry to see the work of women in Westminster being recognised.